The article instructs users to implement location coordinates via SMS and display them to a Google Map using the ATCE-02 STM32F3 Easy board and ATCE-01 GSM/GPRS/GPS Easy board of AT-COM. Users can "Plug and Play" to the flexibility of ATCBus on each product.

STM32F3 Easy is designed by AT-COM that gives users the conveniences when combining between ATCBus with the microcontroller family is ARM 32-bit Cortex™-M4 CPU Core. The board is equipped with an STM32F303RCT6 microcontroller with 256KB Flash, 48 Kbytes SRAM, processing speed up to 72MHz. The board supports to connect with the computer via USB Full Speed v2.0, with a USB HID Bootloader that allows users to directly load the firmware to the microcontroller without any other programming kit. In addition, the Dual ATCBus Host Socket design maximizes the microcontroller's resources with SPI, UART, I2C, PWM, and so on. It meets the requirements of programmers who deploy applications like GSM, GPRS, GPS, Wifi, Ethernet, USB, CAN, PWM ...

MC60 module is a GSM/GPRS/GPRS module of Quectel. MC60 module operates in quad-band: GSM850 MHz, GSM900 MHz, DCS1800 MHz, PCS1900 MHz. MC60 module supports GPRS class 12 multi-slot, SMS, MMS ... MC60 module is integrated with Internet protocols such as TCP / IP, UDP, FTP and PPP, which is controlled by the AT Command set protocol.
ATC-E01 STM32F3 is a product developed by AT-COM based on the features of MC60. ATC-E01 is designed with built-in SIMCARD antenna, GSM Antenna, earphone / microphone jack for easy research and development of GSM / GPS/ GPRS related applications such as: In addition, with its compact size, convenient data output, ATC-E01 will bring to the inspiration of modern and refined design.

3. The application to locate the coordinates via SMS and show up Google Map

To implement the application, we perform the following steps:

+ STlink Mini to load the fimrware for STM32F3.

+ KeiC V5 has installed in computer.

+ Example code has downloaded to computer 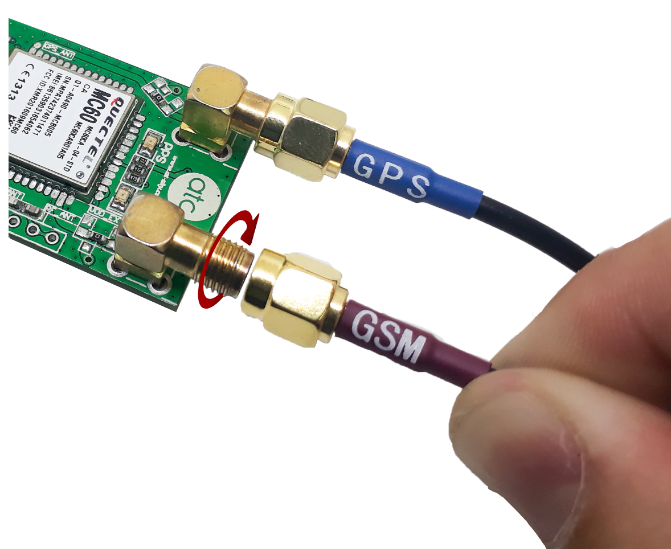 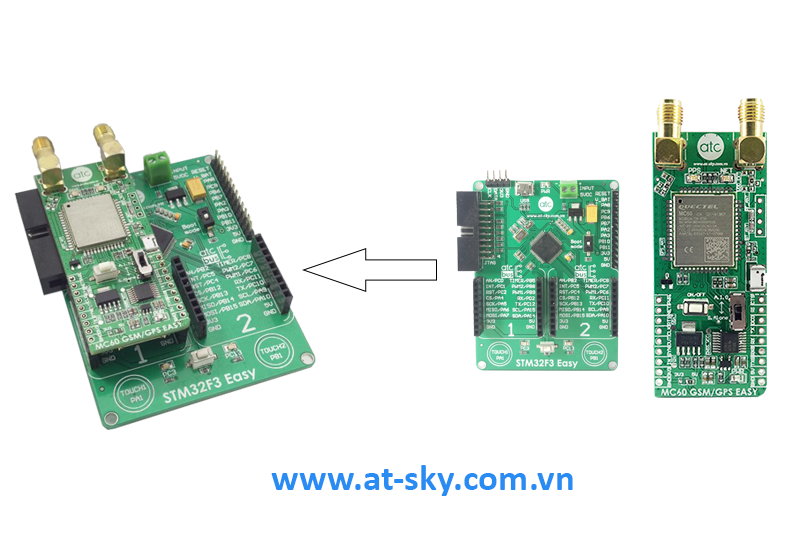 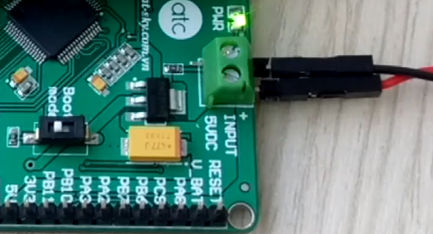 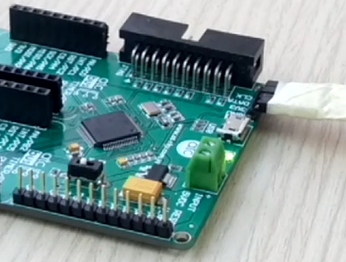 Source code in this article using the ATCE-01 and ATCE-02 or can  download here. After downloading to the computer, we will have two folder same as below: 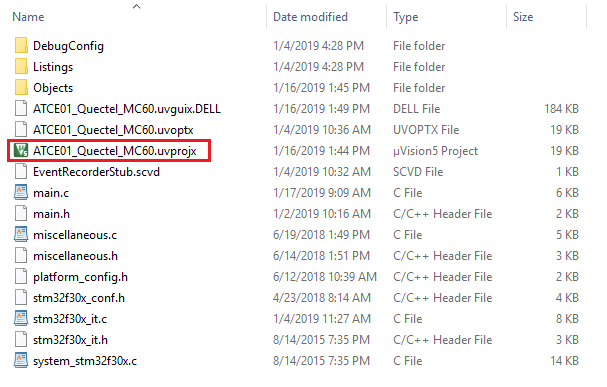 After Keil C compiler is opened, we will build code to preparing download code to MCU.

Waiting for the compilation process to finish, at the Build output window of Keil C will display with no error.

Check connecting between STlink Mini and computer, then going to download code to MCU. 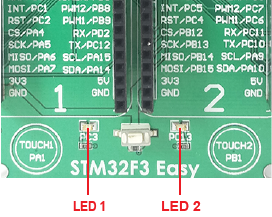 Step 4:  Get cordinate and display on Google Map

Observing status of PPS led on board, when MC60 module fixed GPS signal, Led PPS will blinks with cycle 1s. We should be more mindful about location place GPS antenna to MC60 can get good quality GPS signal.
Create a message to gets coordinate with syntax:

After ATCE-02 received SMS with right syntax and MC60 fixed gps signal, SMS message return to phone with syntax same as below picture. 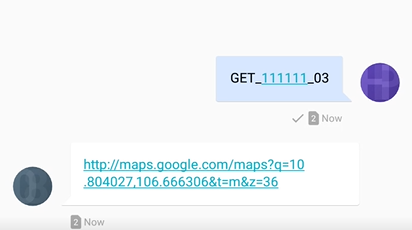 Other case, if MC60 not fix gps signal, SMS return with content:

User can click on the link in the message to display position on the map: